One of the most famous yoga teacher in the world was a simple, little man: Krishnamacharya.

He was an Ayurvedic healer and scholar and, of course, a yoga teacher based in India, who influenced the discipline of yoga during 20th century (for example, he contributed to the revival of hatha yoga).

During his life, he travelled all around India to promote yoga giving lectures and doing demostrations: he was very popular in his country because he can do a lot of things, some of them really, really strange (sometimes during demostrations he showed how he can stop his heartbeat with the aim of meditation!)

He also taught his knowledges to other students: some of them, especially three of his disciples, have become really good (almost like their teacher) and influenced the diffusion of yoga in recent times.

Their name are Pattabhi Jois who has invented the Ashtanga Yoga; Indra Devi known as “the First lady of yoga” (if you want to know more about her, read our more specific article: https://en.wikipedia.org/wiki/Indra_Devi); and finally Iyengar who has invented the Iyengar Yoga.

Thanks to them, but firstly thanks to Krishnamacharya’s passion and teachings, nowadays yoga has so many shades and different styles.

Find what’s your favourite one and start this new, exciting and satisfying path! 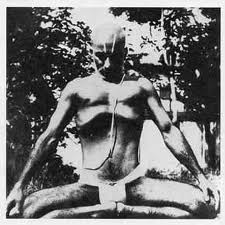